A personal observation on Iphone 5 (Ios) vs Galaxy 4 (Android)
Mobile phones evolved in couple of years. They are larger, faster, that means more processing power, and more applications are available for users. Definitely they are more computer than phone. Their processing power enables more complex application and artificial Intelligence to be used in daily life. This evolution enables more intuitive usage on mobile. Human interfaces started to be natural, such as speaker independent natural speech recognition, speech to text or text to speech conversion, or face recognition etc. We carry whole web in our pocket, google search can be performed with speaker independent speech as well as dialing.  Computer, radio, TV, web, camera, calculator, word processor, spread sheet and many dizzier technologies are all in one box. But natural man-machine interface always has been intuitive and appealing for the users. Short cuts and easy buttons can not replace natural interfaces. 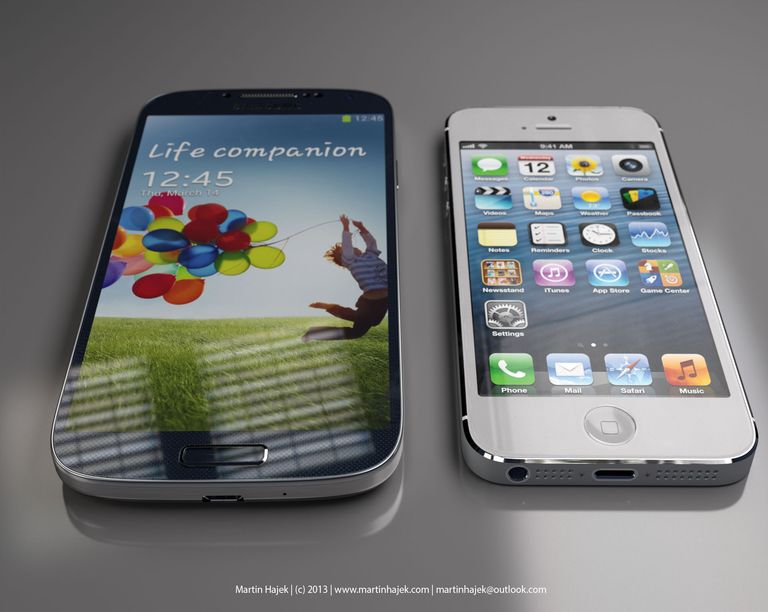 Technology is evolving and placing itself in the daily equipment. Two major operating systems are available. Ios by Apple and Android by many others include Samsung. Common operating system enable more application to be placed in phone hardware very fast.
Apple was very innovative with Iphone features before Android’s domination in the phone market. Iphone 4, 4s has been a phenomenon for consumers with available features. Iphone 5 did not add much to existing features, thus didn’t generate a great impact on consumers. Meanwhile, Android phones have added more to their portfolio. Let say “Siri” of Iphone, as the natural interface was successful for English and some other popular languages. But I haven’t heard any local language adaptation of it. So what I can say Iphone is designed for USA and some EU market and could not localized itself for other market’s consumers. Maybe this was the impact of absence of Steve Jobs or Apple strategy is missing something in global market trends and “glocal” needs.
I observe a challenge for those who wish to replace his/her phone in these days. Samsung and Apple substantially share market with their flagships Galaxy S4 and Iphone 5.  Diversity of Samsung models is covering for many users’ needs in different segments while android applications are fulfilling several needs for them. Samsung’s innovative technology such as hardware radio application, speaker independent speech to text conversion for local language, cut, copy, paste, handwriting to text conversion, face detection to play and pause video, camera settings for photographers, step counter without any sensor are attractive widgets for users.  All of them seem complicated but at least some of these features are for you to ease or enhance of your life.
Apple’s operating system with available applications is behind of all these features in these days. Iphone’s hardware is just one block that cannot be expanded. When you buy it with 16GB, you have no chance of expanding memory capacity with additional memory that is available in many phone make and models.
Apple seems to be slow in delivering technology and application while its competitors are providing diversified solutions for different user segments. Definitely, Android, as a common platform and seemingly with more software developers, is going to challenge Ios world.
I see a parallelism with old Symbian operation system that is supported by Nokia years ago and today’s Apple Ios. After Nokia lost market share, company replaced its phone operating system and stared to use more common platform, Windows mobile. Today’s consumers are waiting for Ios 7 and Iphone 5s/6 or whatever they call it. If this move is not a satisfactory one compared to Android competitors, then Iphone is going to loose more market share. This might let Apple to back off from phone business line or to move to another platform such as Android.
Well, Let’s wait and see.
Share